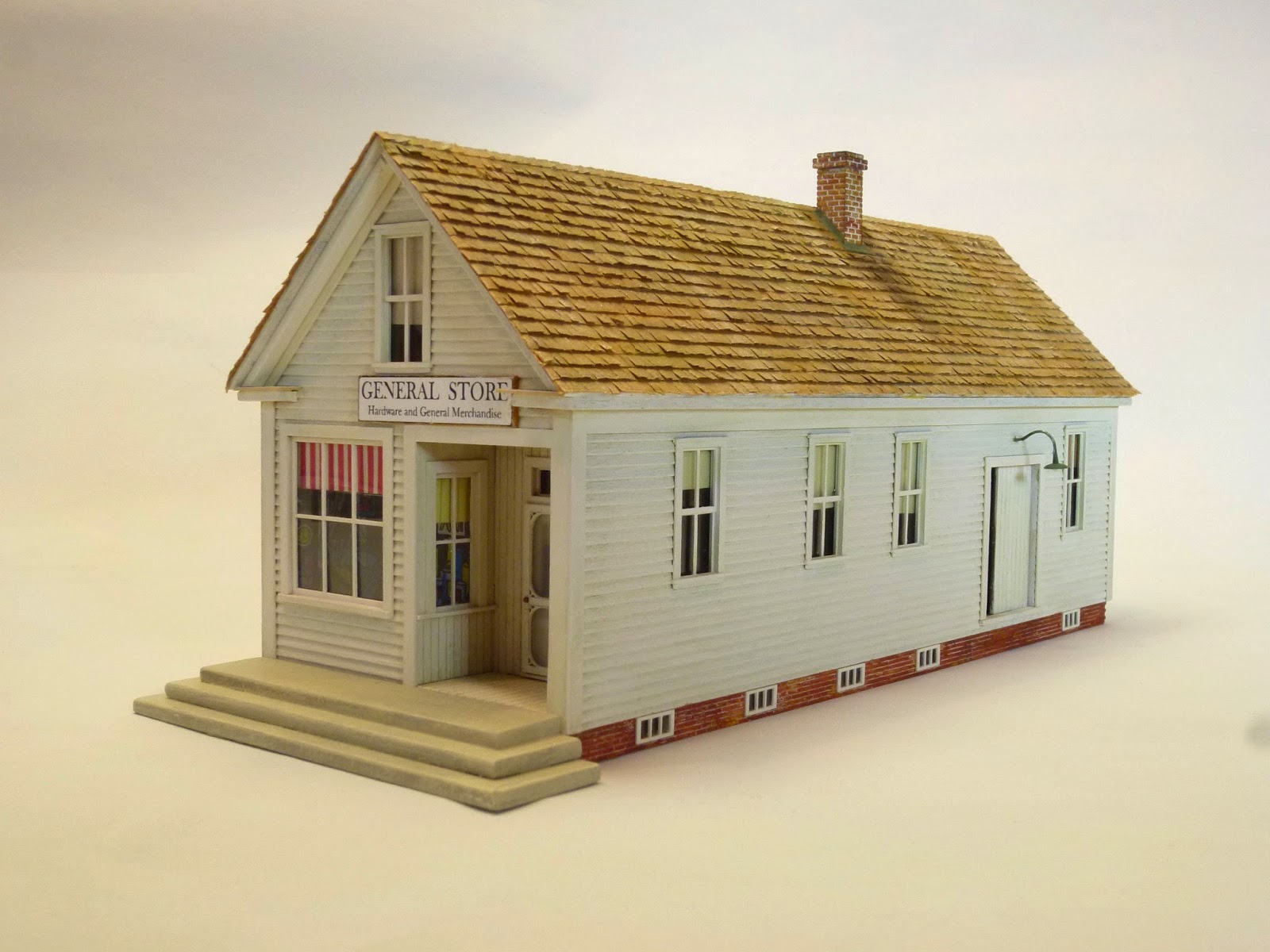 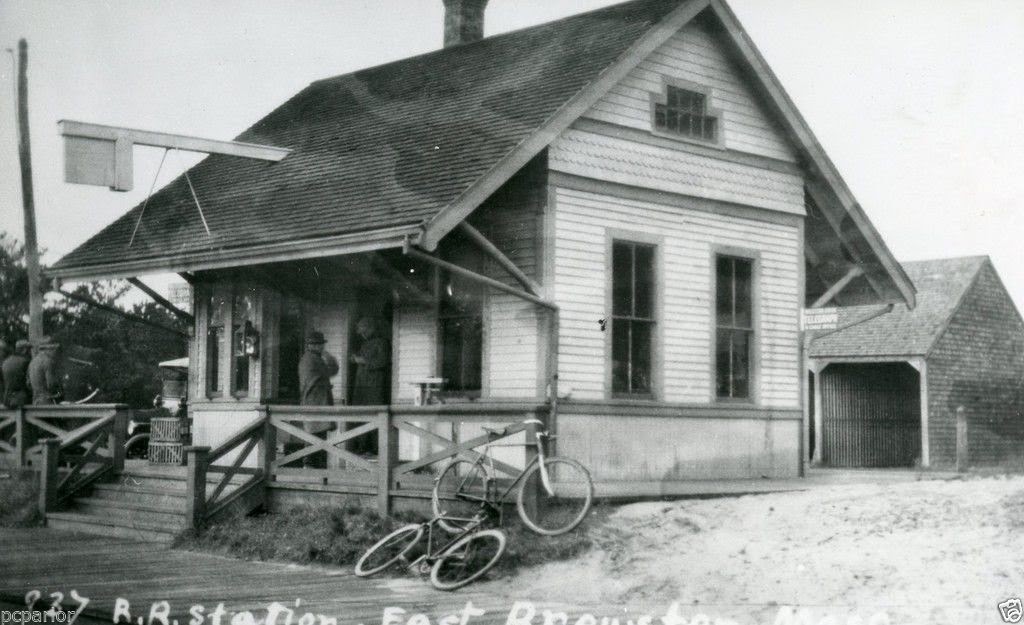 Check out the funky signal on the front of the station. I wonder how this worked?

There doesn't seem to be anyway to change the color or location - there are no ropes or wires attached to the signal. 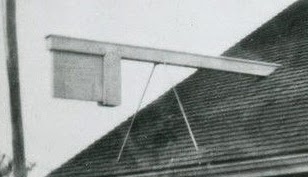 One of life's little mysteries... 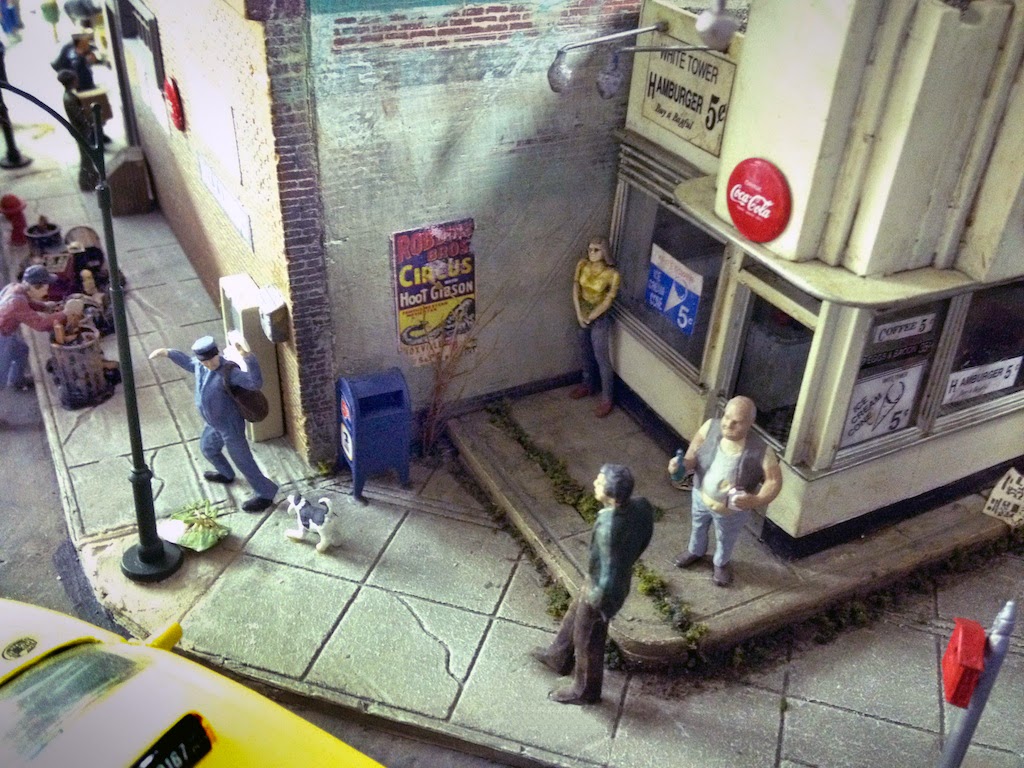 Here's an O scale scene on a customer's High-Rail layout. All the structures are kit-built, and the people and details are off the hobby shop shelf. What I did to make this scene come alive was to add signs in the White Tower windows, a few posters, a weathered sidewalk, and the trash barrels.

Now it's a place for your eye to stop and take-in all the details.
Posted by Dave at 6:19 AM No comments: 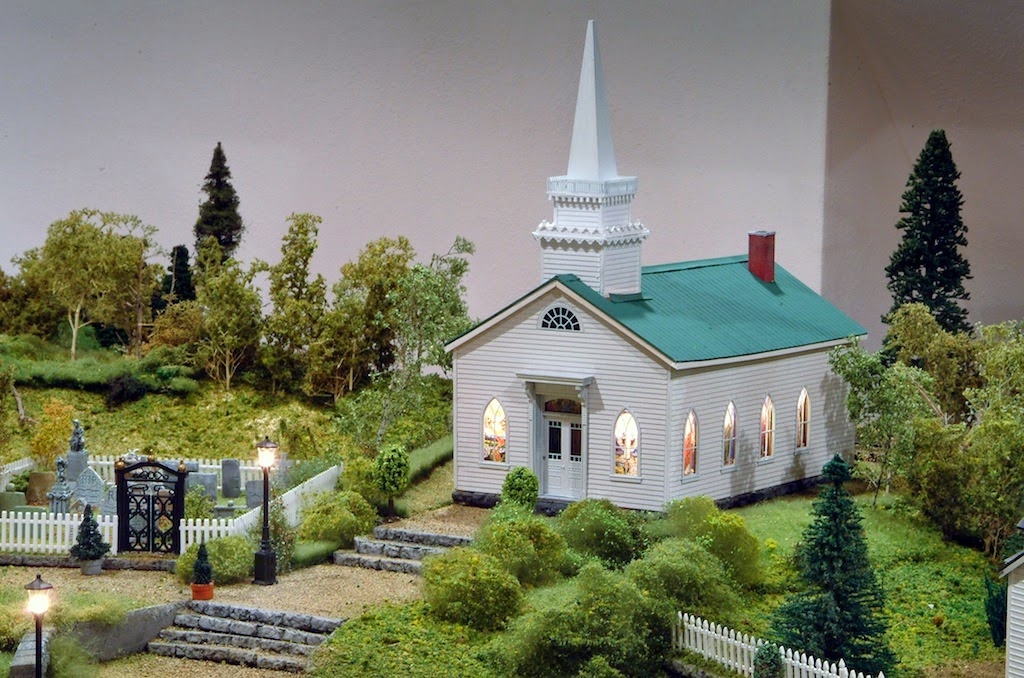 Here's an O scale church I scratchbuilt for a customer in Massachusetts. I wanted the WOW factor and the only thing besides church bells ringing I could think of were illuminated stained glass windows.

After a Google search I found the windows on-line in connection with the building plans for a protestant church yet to be built in the mid-west. I copied the file, resized it and then printed several copies on clear acetate. These were cut to fit and glued inside each window opening.

Next, I built a lighting grid so an LED would illuminate each window. I added a voltage regulator so I could power the lights with 16VAC.

The photos shows the illuminated windows as they would look at about dusk.
Posted by Dave at 12:47 PM No comments: